“Basically, anything you need to do online can be done through WeChat,” says Dr. Andy Chun, a leading Artificial Intelligence (AI) expert and Associate Professor at City University of Hong Kong. “WeChat is much more ingrained into the average Chinese citizen’s daily life than Alibaba or Baidu. Amazon and Google do not have anything comparable.”

Amazon and Google do not have anything comparable – Now, that’s a claim to take note of!

So what is WeChat, and why is Tencent – its owner and Chinese social media giant – likely to lead the development of artificial intelligence. And what does AI mean for marketers?

For those of you who have not heard of WeChat it is China’s most popular app. It has 889 million users with a staggering 50 percent of users spending 90 minutes a day inside the app!

Andreessen Horowitz’s Connie Chan has a great explanation for WeChat’s ubiquity and success in China.

“WeChat isn’t like any western messaging app. For starters, it’s not just a messaging platform. Instead, WeChat contains ten million third-party apps. Nearly any organisation or company can make an app, known as an “official account,” on WeChat — media companies, banks, celebrities, brands, and startups all have their own accounts. Individuals with accounts can access APIs for features like direct messaging, voice messaging, payments, and location.

Once you’re inside WeChat’s app, you can hail a cab, manage your credit card bills, check the news, and more, all from within the main app. It’s this app-within-an-app functionality that has led WeChat to find success. Chan notes that “WeChat is almost like a browser, with each individual official account acting like a web page. In addition, one in five WeChat users use WeChat’s payments feature. Users upload their banking information or credit card number and can buy products or services from any official account in WeChat’s app. WeChat’s innovations — particularly its mobile-first, app-within-an-app model — make other messaging platforms like Facebook Messenger seem rather primitive in comparison”.

Marketers across all industries are experimenting with ways to put AI to use. Major areas of focus include business intelligence, customer acquisition, programmatic advertising, campaign optimisation and multichannel communication.

To better understand why Tencent is the “sleeping giant” in the global AI race, here’s a link to a very insightful article. 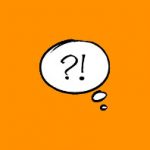 Marketers should they enter the social justice debate?Faith Thinking 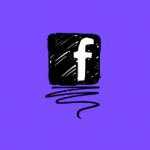 Free Facebook no more? An update to the news feed algorithmFaith Thinking