The pace of change…..is it getting faster?

During a recent clean up, I found a brochure we produced for an agency breakfast seminar we put on in late 2000. We were presenting in conjunction with Google and the 9 Network and the focus was on the rapidly evolving digital landscape and how advertisers should be looking to integrate the digital channel in their planning. At that stage the ‘Australian Internet User Population’ was identified as totaling 3.3M, with 1.8M of the total being classified as ‘regular’ users who accessed ‘at least weekly’. How things have changed in such a short time!

Australian online sales were forecast to come in at $920M (now about $2B per month!), Australian online ad revenue was about $40M (now about $8.5B per annum, according to IAB Australia, 2018) and the web, with over 2 billion pages was growing at 175,000 pages per day (we’re way pass that as a measure these days – according to IBM, 2.5 quintillion bytes of data are created online, every single day!). Those early figures were really significant numbers back then, however, I can still recall colleagues questioning the future importance and sustainability of the ‘digital channel’. More than once I heard ‘it won’t be more important than TV in my lifetime”.

Just remember, this was at a time when Google had only been around for a couple of years and, whilst the other big disruptor, Amazon, had been around for 6 years, it was only just starting to expand beyond books. Since then, both Google and Amazon have had pronounced impacts on our daily lives. The development and direction both businesses take in the future will no doubt continue to influence how we look to sell or ‘advertise’ products and services.

The chart below illustrates that ‘digital’ is expected to take the lead in global media advertising market share in 2019. People may have been too quick to predict the death of traditional media, such as newspapers but the trend over the past ten years is clear with ‘television’ about to lose its dominant position.

The advertising landscape is also witness to a continuing, as well as massive, takeover by technology companies at the expense of ‘legacy’ media companies, as the chart below demonstrates.

The growth and expansion of tech companies in the advertising space has been rapid. In 2017, Google increased its advertising revenue to $95.4B and Facebook increased to $39.9B. Equally rapid has been the changing nature of the advertising we ‘consume’. And that’s set to continue.

Moore’s Law originated in the 70’s and states that processor speeds, or overall processing power for computers will double every two years. So in its simplest form, scaling (the reduction in transistor size) improves cost, performance and power consumption with every technology evolution. We now have more data available than ever before and certainly more than can be efficiently analysed by humans. This has led to an unprecedented level of investment in artificial intelligence (AI) that will exponentially influence the way machine learning impacts on how ‘advertising’ is curated for our future consumption. It will mean that when it comes to audience analysis, the complex will be simplified and automated.

In the case of Google, we can expect highly personalised and predictive search results. While everyone recognises the strength and importance of ‘mobile’ (especially as ‘desktop’ continues to decline), voice activated search will become more important and introduce a whole new level of search considerations for advertisers to work with. In a voice-activated future, ‘wearables’ or even “implants” could become the new ‘mobiles’. Automation is already underway when it comes to decisions being made manually in relation to selection, bidding, testing and reporting but this will become more prevalent as AI and computing power create a machine learning capability that we have yet to see.
Advertising should also become much smarter and, with the significant AI investments happening in countries such as China, companies such as Google will “know what we want before we want it”.

When it comes to social media, tech developments, combined with computing power and AI, should lead to ‘advertising’ becoming even more interactive. The early promises made with AR and VR could finally put the consumer right at the very centre of a product experience prior to purchase.

And when it comes to the future of retail advertising, it’s difficult not to think of Amazon. In 20 short years they have revolutionised retailing. The investments being made by Amazon (as well as Alibaba and JD.com in China) in AI will further redefine the customer experience and advertising, as we know it, will become even more geared to “instant gratification”. 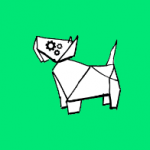